The raspberry pi b (the original one, not the b+) uses a linear regulator to bring the 5V down to 3.3V. That's a lot of waste: 33% of the power consumed by the pi is dissipated as heat here! A DC step down (buck converter) would definitely do better than 66% of efficiency. This would certainly improve the stability when running on a weak power supply and make it run much longer if on batteries. Without making any precise calculations, using a buck converter would make the raspberry pi consume somewhere between 20 and 30% less power (efficiency of about 90% vs 66%). Here is how I did it in 10mins for 1.29 USD:


Instead of building a dc step down myself or buying one from a recognised electronics dealer, I chose to buy a cheap one from eBay for 1.29 USD: 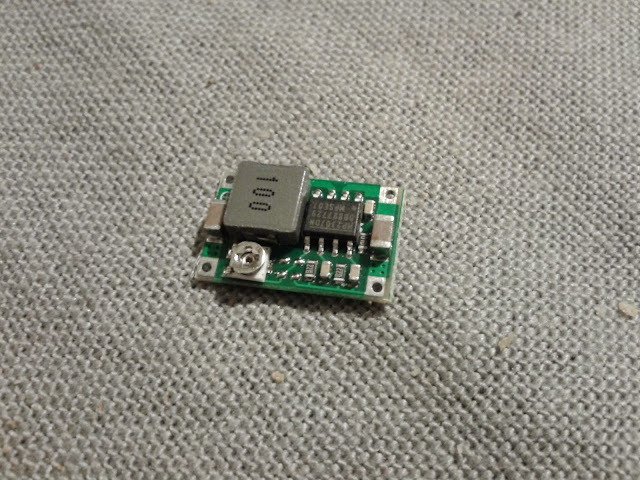 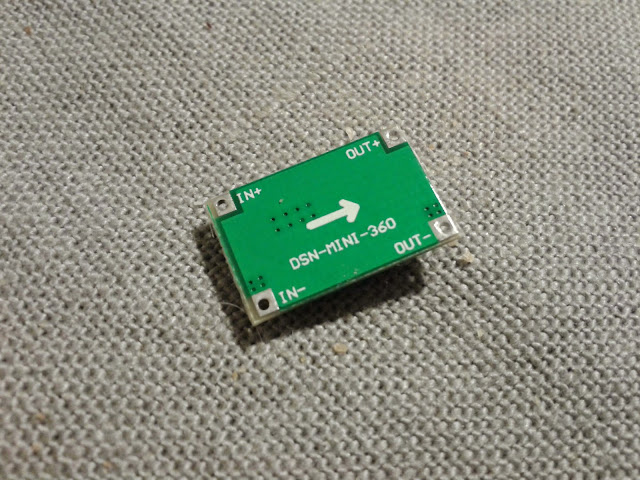 Here are the specs of the 'Mini-360' buck converter:
I then decided not to remove the regulator (unlike this mod) but to cut its pins and solder wires to the dc step down to the pads on the pcb instead.

The best way to wire the regulator is to solder GND (black wire) and Vin (yellow wire) first (you don't need to wire both GND on the converter as they are common). Connect the power to the RPi and measure the Vout (blue wire) with a multimeter (put the red test lead of your multimeter on Vout and the black one one GND) and turn the screw of the converter until your multimeter reads 3.3V DC. You can now solder Vout (the blue wire on the picture) to the PI. You're done!


This project cost me 1.29 USD + 10mins and works perfectly!!
(it actually took me 30min to wirte this post which is nonsense)